The second ROK The Stones Trail Marathon took place on Saturday 30 January.  After the success of the first marathon in 2015, rated the 4th best UK trail race, the demand for places saw the marathon fully subscribed within 6 weeks of the registration lines opening.

Rok the Stones is a husband and wife endeavour by Simon Whittle and wife Judith (Trustee of the PPSCT and Chair of Stanton Drew PC), to raise funds specifically for the PPSCT. It is a fabulous example of the communities working together, volunteers came from Pensford, Publow, Woollard, Stanton Drew, Stanton Wick and even as far as Chew Magna!

The event was meticulously planned, including route indicators, extensive road signage in order that the event ran smoothly and safely, notification in the parish magazines, liaison with the local police and the Avon Wildlife Trust at Folly Farm, and mouth-watering catering back at base!

The 27.2 mile route comprised of 3 carefully planned visually scenic routes passing through 6 parishes, challengingly mucky for the runners in some places due to the January wet weather.  On the day, conditions were ideal – dry and sunny with a cool wind.  The fastest male runner took a stunning 4 hours 19 seconds and the first female runner was an equally impressive 5 hours and 50 seconds.  Along with runners from north, south and west of the country, a number of local runners competed.  A genial atmosphere prevailed throughout and was favourably commented upon by many of the race participants and helpers. 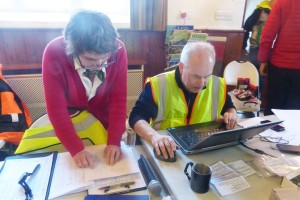 water stations were manned by helpers.  Stanton Drew WI members, Anne Bennett, Felicity James, Mary Whitcher, Donna Bond, Raynor Nixon and Doreen were on duty in the village hall providing drinks and a fantastic spread of homemade cakes and goodies and taking in the ‘’ young eye candy’’ as one was heard to remark!

Karen Warrington, our local Clutton Ward Counsillor was in control in the kitchen organising bacon rolls and a delicious hot vegetable chill for exhausted runners, ably assisted by Ruth Patch. 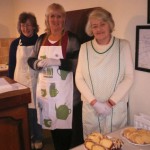 Photographers could be seen lurking around in the guise of Martin Elsbury, Raoul Chandrasakera (local twitcher with a large lens) and Clarke Osborne. A gallery of the images can be found here.

The numerous marshals made sure that runners moved safely around the course, administering encouragement and drinks – and generally feeling they were glad they weren’t running. And, then of course, there was a need for “stuck in the mud” 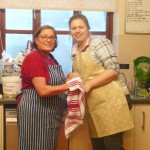 Once the race was completed, the volunteers set to work cleaning the village hall of all race evidence, 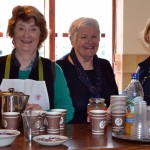 finally closing the doors at 6.30 pm. Charles “WingCo” Wookey and Gillian Wookey could be seen floor cleaning with military precision, ably assisted by Sue Osborne, who once again was seen late in the evening executing “precision bog cleaning”.

Many of the organisers and helpers had started at 6.30 am or even earlier.

Sue Osborne, Trustee of PPSCT, said, “this event was the amazing brainchild of our local fanatical 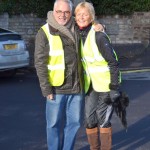 runners Judith and Simon. It is an enormous event to organise and requires huge numbers of volunteers.  The run has raised over £1300 for PPSCT and  has been so successful it is hoped Rok The Stones will become an annual fixture 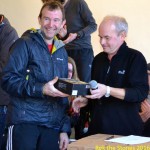 on the trail running calendar and put Stanton Drew and surrounding area more firmly on the map! It seems to me that the volunteers also have had a fantastically enjoyable time being involved in the ‘team’ – plenty of action and plenty of grateful runners. And then, for us non-runners, a general feeling of gratitude that it wasn’t us running 27 miles!”

“Our thanks to Simon and Judith and everyone involved, too numerous to mention – everyone should all feel rightly proud to be part of a super successful team event. It is a fine example of how a community team can work together to raise funds for PPSCT to enable the PPSCT help our communities” 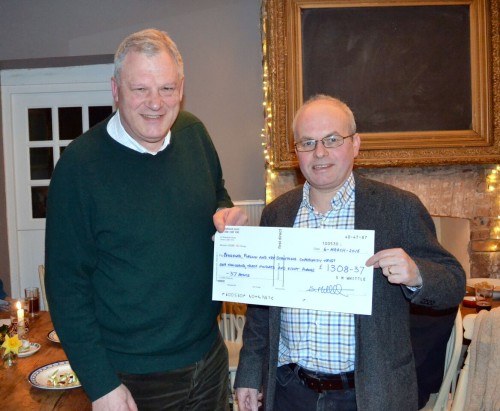