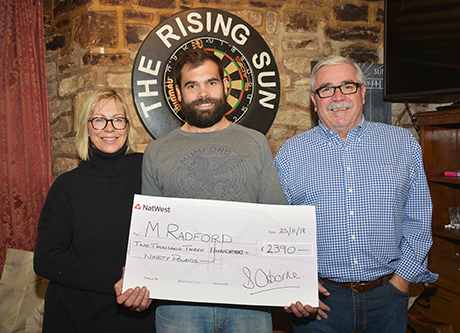 Sunday 25thNovember saw The Carpenter Arms in Stanton Wick hosting excited members of the Pensford, Publow and the Stantons Community Trust 100 Club at their Annual Draw with 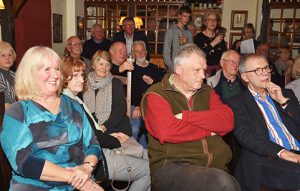 two cash prizes totalling over £3400 up for grabs.

Clarke Osborne, Chairman of the club said, “The 100 Club was formed six years ago and has been near fully subscribed since then with 100 members paying £20 per month. It raises in excess of £13000 per annum for the The Pensford, Publow and the Stantons Community Trust to fund good causes and projects for the villages, and in excess of £10000 every year is awarded as cash 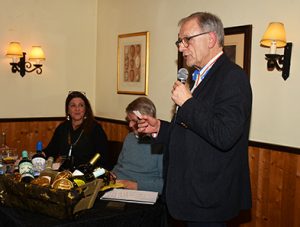 prizes for lucky winners at monthly draws and a jackpot draw just before Christmas at which two lucky winners receive a really worthwhile windfall!”.

Phil Townshend, committee member, went on to say, “it has been my pleasure to work with so many generous and community spirited people. It feels like the 100 Club has really connected a great group of people from Pensford, Publow, the Stantons and further afield to friends in Bishop Sutton, Chew Magna and even Keynsham, and through its six years has raised over £60K for the Community Trust. Everyone is justified in feeling very proud.” 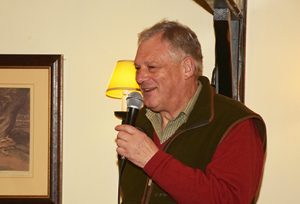 than one first responder volunteer would be fully equipped and ready to support the ambulance service. This has meant that anyone with a critical health event would more likely be helped when ambulances were fully committed.”

The Community Trust Chairman, Andrew Hillman extended his thanks to all the members and highlighted other projects during the year with included Heritage Walk booklets, three circular walks around Pensford and Stanton Drew, the publication  of “We Remember it Well” – a book covering the memories of the great flood in 1968, small grants to Stanton Drew School for the “ Bin It” campaign, and to Pensford School for an annual subscription to The Junior Week. There has been support agreed for the new bell installation to Stanton Drew Church tower, work to Pensford bell tower and the framing of a fantastic tapestry by Stanton Drew WI to celebrate their centenary, with further funding for the Pensford finger post project amongst other grants. 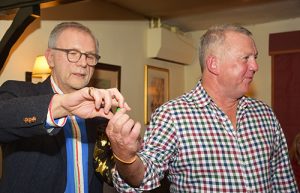 on to say, “The Community Trust is always looking to support worthwhile community projects and the trustees are ready to talk to groups or anyone with an idea or project they would like to progress.”

The evening formalities complete, Clarke Osborne led the draw assisted by soon to be new 100 Club member Andy Griffith “Griff”.  The lucky 1st prize winner of £2390 was Mike Radford landlord of The Rising Sun  and 2nd prize winner of £1185 was Sue Osborne. 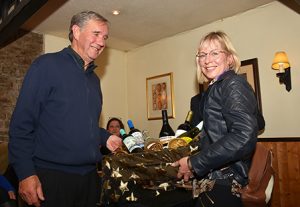 prize draw and this year it was won by John Stephens . Clarke Osborne said, “this really is worth winning – it is a collection of 6 fabulous wines with the only “ booby” element  being the chocolate doubloons !!”.   John certainly looked delighted with his loot!

With the draw wrapped up, members stayed to enjoy a finger buffet and a very convivial seasonal atmosphere.

If anyone would like more information about the work of The Community Trust ( also known as PPSCT), or would like to join the 100 Club, please contact us.

All images courtesy of Martin Elsbury. 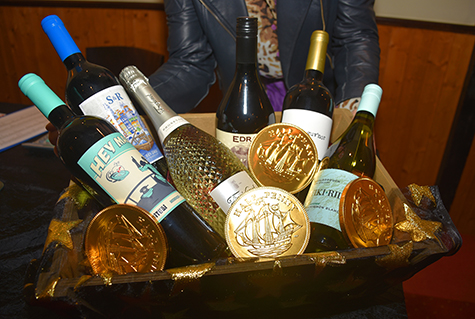